14-year-old Nidhi was playing hopscotch with her best friend. She was having a churning stomachache that day and was feeling lethargic.

“What are you doing Nidhi? Play properly.” Yelled Ananya.

“I am not feeling very well today.” Nidhi said holding her belly.

Suddenly, Ananya screamed looking at Nidhi’s crotch. There were red blood stains on her white shorts. Nidhi was afraid and unsure what was happening to her? Why was she bleeding down there?

Ananya called out to her elder brother who was the only one at home at that time. “Brother, come quick we need to take Nidhi to the hospital.”

Arjun who was 16, came out running to find a frightened little Ananya pacifying Nidhi. “What’s the matter, Ananya?”

“Bro, I don’t know how and where Nidhi got hurt but she is bleeding, look at her shorts.” Arjun looked at Nidhi, she was embarrassed as hell as the blood stains were not on a place that someone should have a look at.

Arjun looked cool, he asked Nidhi and Ananya to come inside the house. He went to his mother’s cupboard and pulled out a sanitary pad box. He took Nidhi and Ananya to his room, switched on his computer, clicked on a few buttons on the keyboard and a video on “Menstruation” flashed. He started to leave the room, handing over the sanitary pad box to Nidhi saying, “You two, calm down and watch this video. Nidhi, this video will help you, and Ananya please give Nidhi some clothes to change. Don’t worry, you are ok. I have learned about menstruation in biology subject and had discussed with Mamma after the class. Even she said, its normal.”

“I am waiting outside, call me if you guys need me.” Arjun said as he closed the door.

After watching the video, Nidhi cleaned up and changed, she was wearing the sanitary pad for the first time. It was a whole new learning for her as well as Ananya. They came out of the room and Arjun was waiting there with some chocolate milkshake. They relished and slurped the milkshake and then Arjun and Ananya walked with Nidhi and dropped her home.

Exhilarated about her first period, Nidhi narrated the whole incident to her mother and grandma. Grandma being an orthodox person was very infuriated about Arjuns behavior. “Boys are not supposed to talk to girls like this. Stay away from that idiot”.

Even Nidhi’s mother was vehement about Arjun’s mother, “How can a mother talk about such stuff with her boy? Shameless people.”

Nidhi’s excitement descended with every word her Grandma and mother blurted. She got a thrashing for her life; she did not know what her mistake was, but she was warned not to go near Arjun or rather any boy from now on. Not knowing why, but a girl should behave as her elders ask her to, so she obliged.

Next day, Nidhi was waiting outside the school gate. Ananya came by, along with her brother Arjun, who she was very proud of.

“Hi Nidhi, how are you?” Called out Ananya.

“I am good, let’s go, quick” Nidhi turned around without acknowledging Arjun’s presence.

Arjun was hurt and did not understand Nidhi’s indifferent behavior. Gradually, Nidhi stopped talking to Ananya as well since she always questioned the reason behind Nidhi’s unconventional behavior with Arjun.

Years passed by; Nidhi is now mother to 14-year-old Dhruv. One day, Dhruv came back home from school, whistling and humming to some random song Nidhi had never heard. He threw his shoes in two corners and landed on the couch.

“You will get your lunch, first tell me, where you left your sweatshirt?” enquired Nidhi.

“Oh, my sweatshirt! You know, today Sarah got her periods during the P.T. class. She was too embarrassed to see stains on the white skirt. Everyone was making fun of her. I removed my sweatshirt and gave it to her so that she can cover up the stained skirt and go home.”

“Yeah, you only said, we should always respect women, rather respect everyone. I felt bad for her awkward situation, so I gave my sweatshirt to Sarah.” Dhruv spoke with all his innocence but confident he did the right thing.

Nidhi was astonished at what she just heard. Instantaneously; Arjun, Ananya and the episode of her first period started flashing in front of her eyes. Nidhi realized that how inapposite it was to ignore Arjun. He had helped her and its not a taboo for boys to know or talk about periods. Arjun’s mother was raising her son the right way. Nidhi was proud of her son, he too was being raised the right way, that he knew periods can be embarrassing for girls and there are no reasons girls should be stifled about it. Her chain of thoughts suddenly broke with, “Mom, give me my lunch. After lunch, I will tell about this sweatshirt story to Grandma, she will be so proud of me.”

“Yes, undoubtedly you should call her and if she asks you to shush. It’s time I #BreakTheSilence.”

This story is inspired by true events. With this story I wanted to convey a very important message. Yes, to “Break the Silence” with our sons. When it’s time, their minds are oozing questions, be open and talk to them about important topics like menstruation, sex, pregnancy, etc. Let them know we are there to help them with veracious and unfiltered information; they can always choose to talk to us and not divert themselves to the appalling ocean of facts available on internet.

15 thoughts on “Let’s Talk Periods, With Our Sons” Leave a comment ›

Latest on the blog 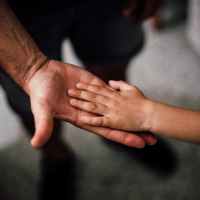 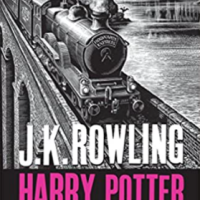 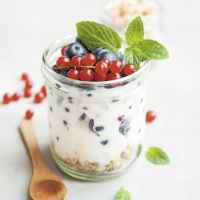 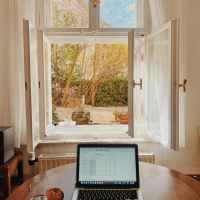